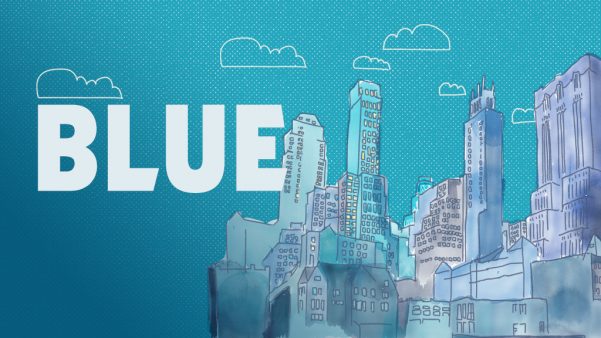 Join the Inner West Community Band for an afternoon of music inspired by blue as we perform in PLC Sydney’s magnificent Audrey Keown Theatre on Saturday 1 April from 4pm. The concert will feature Gershwin’s famous Rhapsody in Blue, with the incredible Robbin Reza as piano soloist. Other highlights range from the talented Kathy Bluff singing Blue Skies and Someone to Watch Over Me with the ensemble, to the symphonic band at its finest with John Mackey’s ethereal Hymn to a Blue Hour. We will also be featuring one of our own, trumpeter Rebecca Williams as she performs Blue Moon with the band. 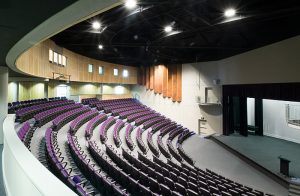 What is the ticket price?

Our concerts are “entry by donation”. For this concert we recommend $20/adult, $15/student or $5/child. These donations go towards covering the concert expenses including venue hire, piano hire and sheet music purchase.

Where is the Audrey Keown Theatre?

The theatre is at PLC Sydney (see map). Please note there is street parking available in the surrounding streets, and the school is a 5 minute walk from Croydon train station. A campus map is available here and directions to the theatre within the school are well sign-posted. The main entrance is on Boundary St where there is a big roundabout.

The theatre itself is located on the intersection of Elizabeth St and College St. If the gate is opened you may be able to enter/exit there (there are some steps here).

Is it wheelchair accessible?

Unfortunately due to construction works around the main entrance audience members will need to walk up  approximately two small steps to enter the theatre.

When will the performance end?

The concert will run until approximately 5:45PM. Afternoon tea will be provided during a 20 minute interval.

How can I sign up to hear about future IWCB events?

This concert is sponsored by Freemasons NSW, Lodge Chelmsford 261, and it is our pleasure to put on this program that features works composed or performed by Freemasons including George Gershwin, Irving Berlin, John Philip Sousa and Louis Armstrong.

Australian Pianist Robbin Reza (22 years) recently completed a Bachelor of Performance with First Class Honours at the Sydney Conservatorium. After being awarded with the Bessie Cook Piano Scholarship, Robbin has been studying with Daniel Herscovitch since 2007. He has also participated in Masterclasses with Stephen Hough, Alexey Sokolov, Arie Vardi, Jacqoues Rouvier and Dan Zhaoyi.

In 2013, he performed the Australian Premiere of Elliot Carter’s Conversations (2010) as a soloist at the Sydney Conservatorium and also represented NSW as a finalist in the ABC Symphony Australia Young Performers Awards held in Melbourne.

In 2014 he received the Theme and Variations best overall pianist scholarship and the Irene Hope Gibson Award.

In 2015 he was the NSW finalist in the Sydney Eisteddfod Allison/Henderson Piano Scholarship and was the recipient of the Theme and Variations Foundation Scholarship.

Most recently, Robbin was a recipient of the Mendelssohn Scholarship which allowed him to participate in the 2016 Mendelssohn Akademie in Leipzig and was the winner of the 2016 Concerto Competition at the Sydney Conservatorium and will be performing Scriabin’s Piano concerto with the Conservatorium Symphony in 2017. 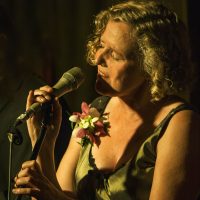 Kathy Bluff is a singer, violinist, songwriter and music teacher who has worked in a number of areas of music performance and education. She studied violin and voice at Elder Conservatorium Adelaide University and performed with the ABC Sinfonia Orchestra in Sydney. She has performed with Australian folk band Rum Culls, cabaret troupe, The Castanet Club, Golden Guitar winners The Happening Thang and as a performer and educator for the Musica Viva in Schools programme and the Jelly beans Music in schools programme.

As lead singer and violinist with gypsy jazz group Chasing the Moon, Kathy has performed at Illawarra, Newcastle and Dubbo Jazz festivals as well as for the Sydney Jazz Club and at the Camelot Lounge in Marrickville. Chasing the Moon has released a CD entitled “Nuages” featuring their own arrangements of gypsy jazz classics as well as swing and Latin tunes. 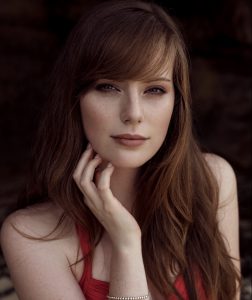 Rebecca Williams has been playing the trumpet since she was 11 years old. During that time she attained several exam awards, including her ATCL (Associate of Trinity College London) while in Year 10 (16-years-old).

Being the second of four children born into a musical family, Rebecca regularly plays pieces within her family ensemble, with her and her two younger sisters making up a brass trio called ‘The Sugly Isters’.

When Rebecca isn’t at rehearsals, coaching soccer, modelling or studying for her Masters of Cyber Security, Policing, Intelligence and Counter-terrorism, she is a trumpet tutor to many young children, wanting to share her love of music.