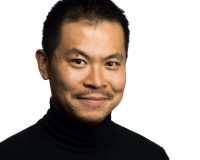 Sada completed a Masters of Music in Conducting at the Royal Northern College of Music in Manchester, UK. Subsequently, he was granted a fellowship to study conducting at the Sydney Conservatorium of Music, University of Sydney under the Japanese Government Overseas Study Program for Artists. Sada resides in Australia under a Distinguished Talent visa granted by the Australian Government for his achievements as a conductor.

His accomplishments include Japanese Foreign Minister’s Commendations (2019), Consul-General of Japan’s Commendation Award in Sydney (2018), an Honorary Doctorate in Music from his alumnus Anglia Ruskin University in Cambridge, UK (2011), second prize in the Vienna Summa Cum Laude International Youth Music Festival with the Wesley Institute Choir in the Golden Hall, Musikverein, Austria (2011), finalist and awarded Special Prize of the Jury at the Emmerich Kalman International Conductor’s Competition at the Budapest Operetta Theatre, Hungary (2007), semi-finalist in the 2nd Bartok Bela International Opera-Conducting Competition in Romania (2007), Mortimer Furber Prize for Conducting in Manchester, UK (2005), and first prize at the ISIS Conducting Competition in Cambridge, UK (2001).

Danika is a Sydney-based clarinet player, instrumental tutor and conductor. In 2011 she graduated from the Sydney Conservatorium of Music with a Bachelor of Music (Education) with clarinet as her principal study. Currently, Danika spends the majority of her time tutoring at various Sydney schools both as a band conductor and as a clarinet and saxophone tutor, in addition to running her own private music studio.

Inspired by the need for a community band in the local area, in 2010 Danika co-founded the Inner West Community Band, agreeing to temporarily take on the role of the band’s conductor. Under her direction, IWCB has grown from strength to strength, with achievements including 2nd place in the Community & Graduate Concert Band section of the Sydney Eisteddfod, the introduction of the annual Kids’ Proms Concerts, and the programming of innovative, collaborative and successful concerts, to crowds reaching almost 300. 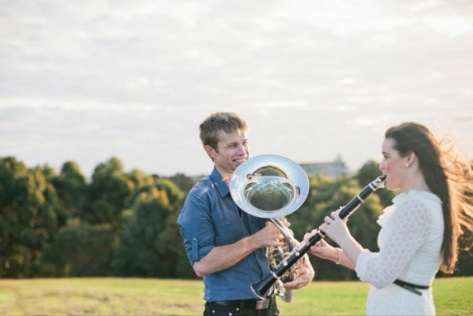 Originally from Orange, Lloyd Studied at the Sydney Conservatorium of Music and the Canberra School of Music. He is currently the Head of Brass and Percussion at Moriah College. At Moriah Lloyd is the conductor of the College’s top band, the Symphonic Wind Ensemble in which he took on a highly successful tour of the United States and Israel in 2011. They performed 18 concerts in 21 days including performing at Disneyland and at some major Universities in Jerusalem. In 2012 the band Won the Junior division of the NSW Concert Band Championships with a clean sweep of all sections and just recently they took out 3rd place in the Premier section of the Sydney Eisteddfod.

Previously Lloyd was the Musical Director of the Sutherland PCYC Concert Band in which he lead to victory at 3 National Championships and 3 State Championships in Open B grade. In 2010 they were placed 3rd in the highly competitive Open A grade division at the Australian Championships.

In 2003 and 2005 Lloyd was accepted into conducting courses with Symphony Australia where he studied under some of Australia’s leading conductors. Prior to taking on his role at Moriah College, Lloyd worked as a Band Director at a number of Sydney schools including Cranbrook, Willoughby Girls High and Sydney Secondary College. He has also worked for the NSW Performing Arts Unit as a Conductor and Tutor at their State Music Camps and is also often called upon to adjudicate at Eisteddfods.

As a musician Lloyd was the Principal Trombone with the Willoughby Symphony Orchestra for many years and was also assistant conductor in 2006 – 2007. As a soloist he has won many competitions including 8 NSW state Championship titles. Lloyd also plays with the Gunnedah Shire Brass band and has been part of their winning team at both the Australian Championships and Australasian Championships.

Lloyd’s other passion is property investment and he and his beautiful wife Renee own several properties in Sydney and also Queensland. In his spare time he likes to ride his motorbike often with Renee asleep on the back. 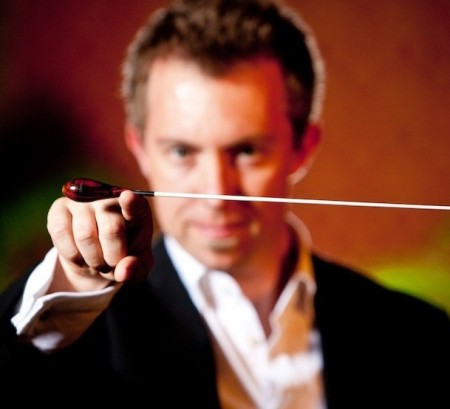 Jason has been conducting for the past 15 years, working at a number of schools and organisations throughout Sydney. He divides his time between working with Orchestras, Bands, and Jazz Ensembles, and is currently Director of Bands at Ashbury Public, Newtown High School of the Performing Arts, Willoughby Girls, and Pennant Hills High Schools as well as Musical Director of the Ashfield Little Big Band and conductor of the Inner West Concert Band. In recent years, ensembles under his direction have been awarded Gold in the Yamaha Festival, and NSW School Band Festival, and 1st place at the National Band Championships and in the City of Sydney, Dural, Ryde and Galston Eisteddfods,. His ensembles have performed at the Sydney Opera House, Sydney Town Hall, the Hills Music Festival, Riverwood Festival, The Manly International Jazz Festival, the NSW Department of Education State Instrumental and Choral Festivals, the Sydney Entertainment Centre, Shanghai’s JZ Club, Beijing’s Blue Lotus Jazz Club and both the California and Tokyo Disneylands. He has directed groups for broadcast on Channel 10, and on Chinese National Television.

Jason works at The NSW Department of Education & Training Arts Unit as a conductor for the
State Schools’ Symphonic Wind Ensemble. He has also conducted and taught at the Pan Pacific Jazz Camps, State Music Camps, IAJE Jazz Camps, for the Sydney Youth Orchestras, and has worked as an orchestral mentor and Principal Horn for the Schools’ Spectacular Orchestra. Between 2007 & 2009 he conducted the NSW State Wind Orchestra annually in performance at the Opera House in a mentored position through the NSW DET, and has conducted the Symphony Orchestra and Wind Orchestra at State Music Camp. Since 2006 Jason has run a series of workshops in conjunction with the Dubbo Jazz Festival for schools in regional NSW and in 2006 was Co- Director of the Schools’ Spectacular Stage Band at the Sydney Entertainment Centre. In January 2008 he travelled to the US to study conducting with Larry Curtis, and drums with Victor Lewis, Jeff Hirschfield and Carl Allen (Julliard). He has adjudicated at the Yamaha Festival, Northern Beaches Eisteddfod and the University of Sydney Inter-college Eisteddfod, and is on the City of Sydney Eisteddfod Syllabus Advisory Panel.

In 2009 Jason was accepted into the Symphony Australia Conductor Development Program, through which he has conducted the State Orchestra of Victoria, Auckland Philharmonic, Adelaide Symphony and Tasmanian Symphony Orchestras. As part of this program, he has studied with Lutz Koehler (Berlin), Arvo Volmer (Chief Conductor ASO), Marko Letonja (Chief Conductor TSO) and Christopher Seaman (program director). Since 2010 he has held the position of Assistant Conductor at the Schools’ Spectacular. In 2012, Jason made his conducting debut at the National Band Championships, gaining 1st place in the A Grade Division.

Jason has toured extensively with bands and orchestras, and has performed in over 15 countries. In 1999 he travelled to Russia, Finland and Estonia as french horn soloist with the SBS Radio and Television Youth Orchestra, and has been broadcast on ABC Classic FM, Finnish National Radio, Chinese National Television, Channel 10, the ABC and the SBS television networks. Jason is the NSW Secretary of the International Society for Jazz Education NSW, and is Musical Director of the Sydney Metro Big Band. His latest project The Tundra Ensemble is a vehicle for a unique cycle of compositions drawing on influences from a varied background in the Jazz and Western Art Music genres. He performs and records regularly as a drummer and musical director throughout both in Australia and abroad, and holds A Bachelor of Music in performance and a Diploma of Music in Jazz Performance from the Sydney Conservatorium. He completed a Masters of Teaching in 2010 and has a particular interested in the use of differentiated instruction in instrumental music ensembles.